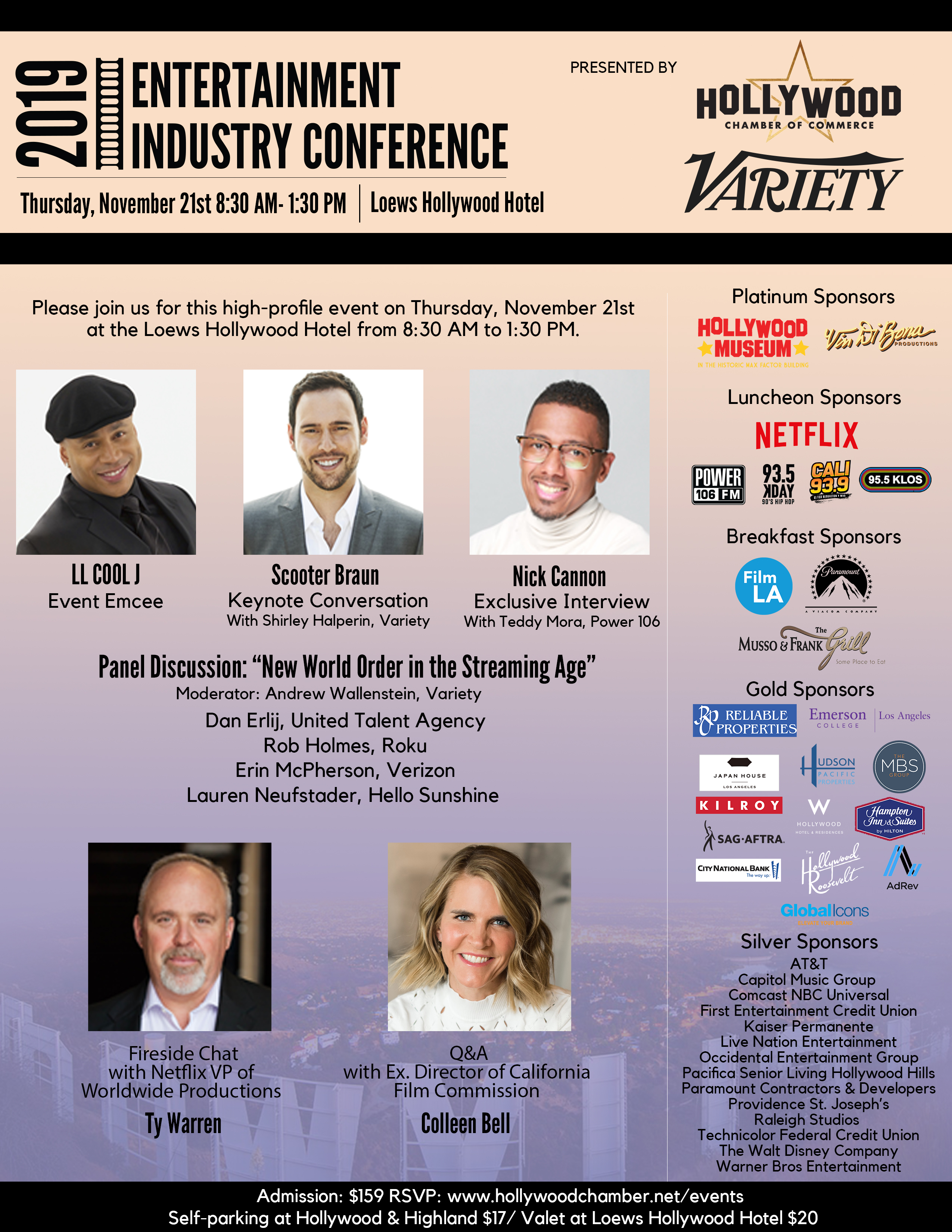 Current highlights:
Slated to Emcee this year's conference is entertainment icon, Two-time Grammy® Award and five-time NAACP Image Award winner LL COOL J.  As the event Emcee, LL COOL J will introduce conversations with world-renown entertainers and experts on various entertainment topics relevant to today?s ever-evolving industry. Such experts as Keynote speaker Scooter Braun, one of the entertainment industry?s biggest entrepreneurs and innovators who has produced such pop culture icons as Justin Bieber, Ariana Grande, and more. Entertainer and Producer, Nick Cannon, will share insights on his decades of industry experience from in front of the camera to behind as well as his new venture into radio broadcasting. Colleen Bell, Executive Director of the California Film Commission will be answering your questions regarding California?s film industry, filming incentives, and growing in-state production. We will also be having an in-depth fireside chat with Ty Warren, VP of Worldwide Physical Production for Netflix. The conference will also include a conversation with Ty Warren, VP of Worldwide Physical Production for Netflix, who will share some of the particulars of Netflix?s studio infrastructure, such as virtual production capabilities driven by the pioneering spirit of the company?s Silicon Valley roots. Additionally, online streaming insiders will head the panel, ?Streaming Take Over: New World Order?.  As of press time, these panelists include Julie McNamara with CBS ALL Access, Angela Courtin, with you Tube TV, and Erin McPherson, with Verizon.

Background:
The Hollywood Chamber?s State of the Entertainment Industry Conference started in 2012 as an opportunity to discuss the future of our signature industry. The conference helps to inform, engage, and provide a networking forum for our entertainment partners while driving an important message to our legislators.