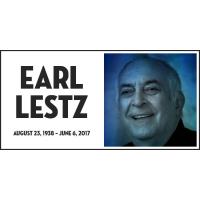 It is with sadness that we announce the passing of Earl Lestz, former President of the Paramount Studio Group and committed Hollywood volunteer. Earl passed away on June 6th at the age of 78. A funeral service will be held for him tomorrow, June 9th, at 9 a.m. at Forest Lawn Hollywood Hills in the Old North Church.

Earl served as the Chair of the Board of the Hollywood Chamber of Commerce from 1987 to 1988. It was a difficult time for Hollywood that required strong leadership, which he provided. Earl continued his service on the Chamber board for many years until he retired from Paramount.

Besides his service to the Chamber, Earl was involved with and supported numerous Hollywood organizations. He was vice chairman of the Hollywood Historic Trust and also served as a member of the Hollywood Walk of Fame Committee. He served as chairman of the board of the Hollywood Entertainment Museum, on the board of the Entertainment Industry Foundation, and on the Board of Governors of Goodwill Industries of Southern California. He was a member of the Academy of Motion Picture Arts and Sciences and the Academy of Television Arts and Sciences.

For his dedicated community service to Hollywood, he was presented with a special Award of Excellence Star, which is in front of the Dolby Theatre.

The Hollywood Chamber of Commerce extends its sympathies to Earl’s family and expresses our appreciation for his service to Hollywood.